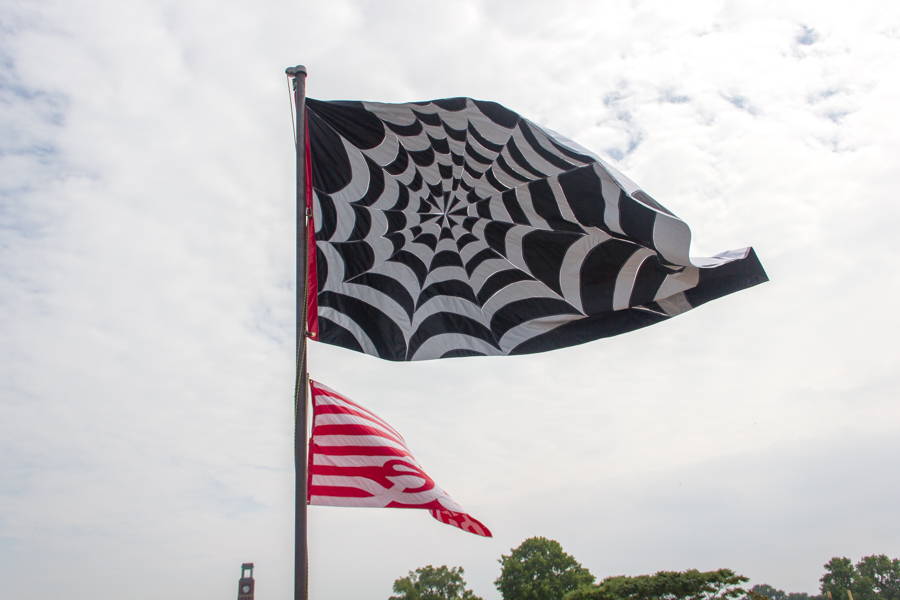 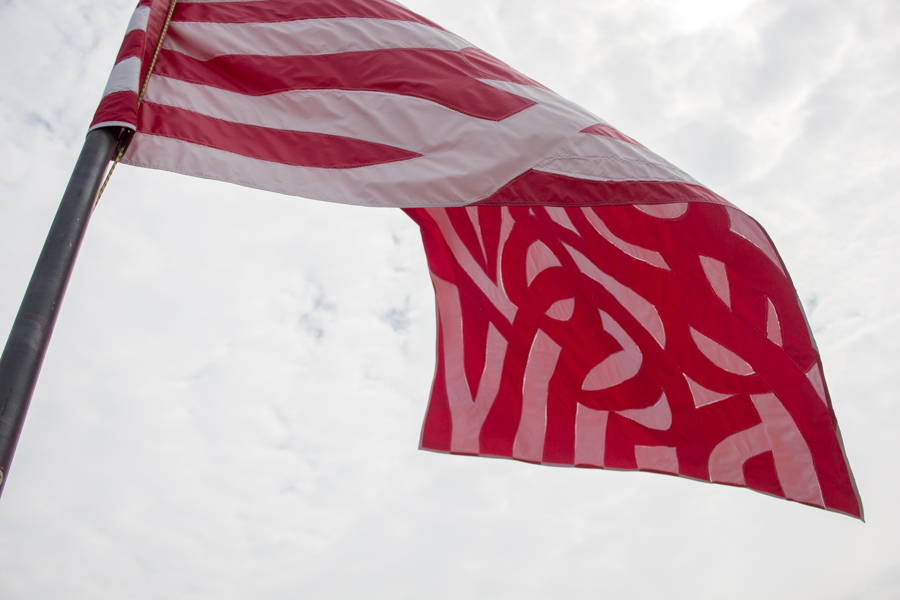 United Behind Bars: In The Carceral State We Stand

Flags carry political, economic and social weight, with associated moral implications. No flag is neutral. With this raised symbol one proclaims an allegiance with one’s given or chosen nation, both its marred history and current state of tragic affairs.

The United States leads the world in incarceration statistics. 2.2 million people are currently imprisoned; approximately one quarter of the world’s prisoners are held in American prisons. 2.2 million children are missing at least one parent due to a criminal conviction. The existing disparity between the number of convicted criminals of color and the severity of their crimes, the correlation between inmates and addiction, lack of means and mental illness, and the escalating violence within the prison system calls for close scrutiny of our ethics as a flag-wielding nation.

The inspiration for these flag studies are the similarities between stripes on the our country’s iconic flag and on a prisoner’s uniform, and the strange coincidence that a standard jail cell is nearly the same as the standard casket size of an American flag. My work is an exploration of repetition and exaggeration of pattern, elaborating upon variations on a theme. The repeating element winds itself through these flags.

As an art-maker confronting our pattern of repugnant deeds, it is my responsibility to respond. These fractured American flags are my tribute to our broken system.