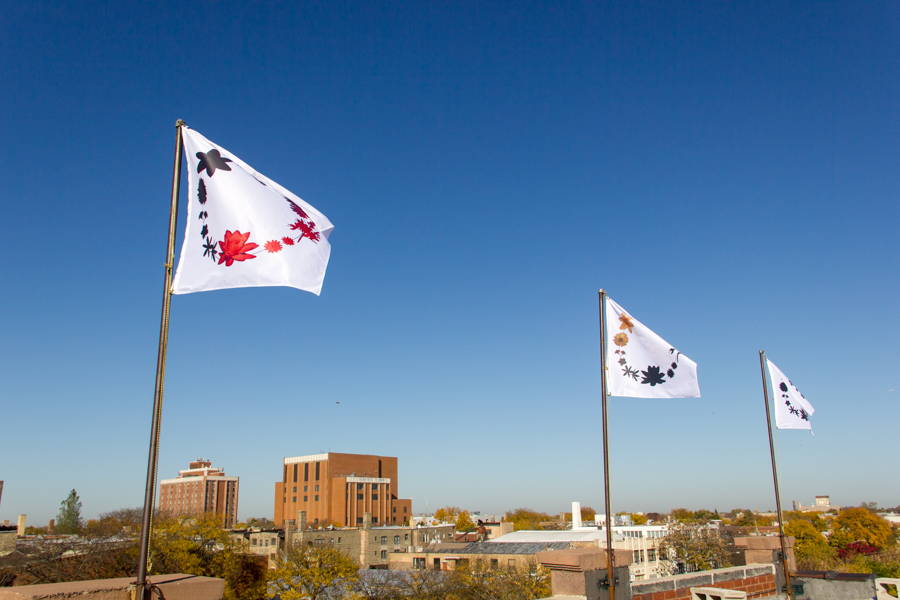 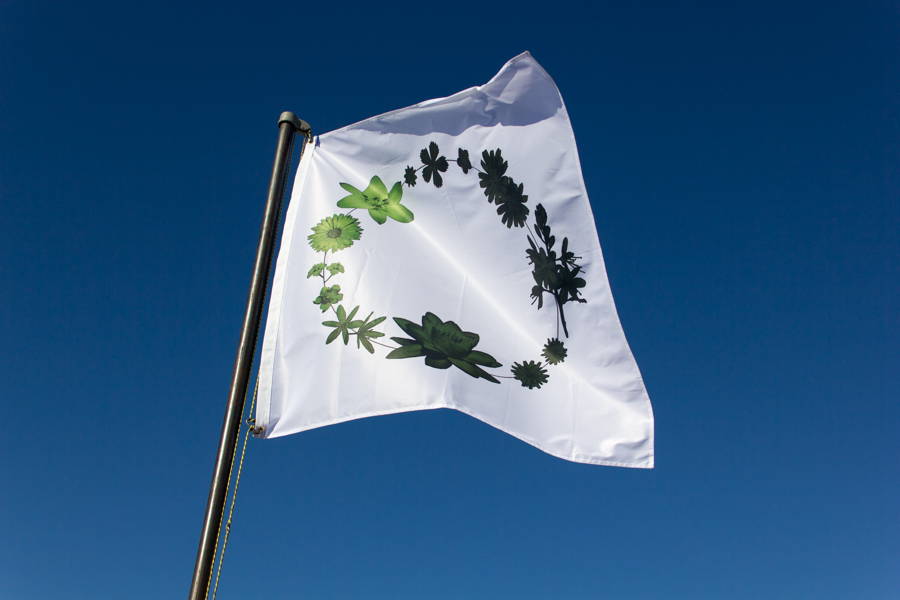 This series of flags was inspired by Carolus Linnaeus’ horologium florae (floral clock) hypothesis. In 1751, Carolus Linnaeus, a Swedish naturalist, hypothesized that flowers could be used to measure time by planting them in a 12-point radial formation based on when their species opened and closed. Carolus Linnaeus, (1707 – 1778) is often referred to as the Father of Taxonomy. Linnaeus was the first to frame principles for defining natural genera and species of organisms and to create a uniform system for naming them. The flowers pictured on the flags in Flower Time are organized by the time of day in which they open.